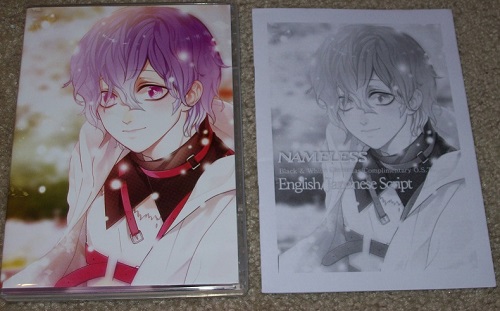 While I did not know about Cheritz until after they sold out of their Dandelion drama CD, I was able to get this one. Now, unlike most people who play visual novels, I tend to not pay that much attention to the voices of the characters (since I am usually staring at them ლ(́◉◞౪◟◉‵ლ)). That being said, I actually got this drama CD because of the O.S.T. since music is really important to me and since I only fluently know English, drama CD’s do little for me. However, this came with an English and Japanese translation so I can actually understand it. Now, onto the rest of its contents~