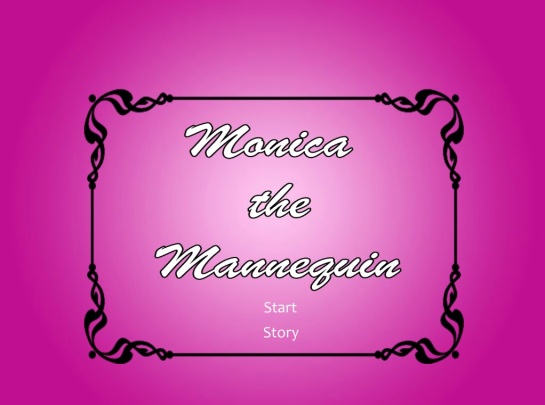 Monica the Mannequin follows Average Joe (that is his name) as he has no date for Valentines Day, so he falls for a store mannequin and then she comes to life?

Average Joe passes a dress store every day, and he always compliments the mannequin and how pretty she is. Once he gets home, she’s in his room wanting to date him. It sounds kind of creepy, but the concept is cute because she wants to date him since he is the only person who ever notices her and not the dresses she wears.

Monica is pretty cute, but I do not like how low to the ground she is. Is Joe supposed to be tall? Did the creator just not want to draw more of her body? I do not know, but it looked really weird. Some of the dialogue is worded awkwardly as well, though not so much as to detract from the game.

The game never tells you if Monica is actually coming to life, or if he is just some creepy guy dragging a mannequin around and talking to it. Some endings only makes this more vague, and as someone who likes happy endings, I would rather the game remove the possibility that this lonely man is just dragging some mannequin around and taking it to dinner. It ruined a lot of the game for me because even in the best end, the player has no idea if Joe is just going nuts.

I think the idea is really cute, I just do not like having the possibility of Monica not coming to life. It makes the cute game become creepy. The game is not bad, and it is short, so I would recommend it for the novelty of dating a mannequin, but the potential darkness of it ruins a lot of the seemingly cute exterior of the game. 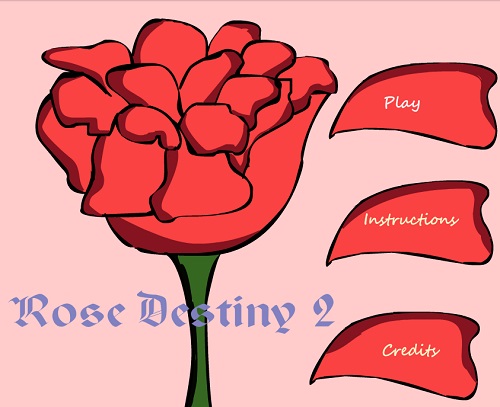 These are some indie otome developers that I enjoy. Links will take you to their website if available, or their itch.io/twitter/tumblr/Steam. Note, some of these pics aren't official logos, I just used images from them and slapped names on LOL.

My VNDB profile has a most of the VN's I have bought/downloaded. It's a good way of seeing what games I plan on talking about at some point.

Check out my Newgrounds page. Newgrounds is a popular site where peopel make games, primarily flash, and is where I find a lot of the sim dates and flash games I talk about.