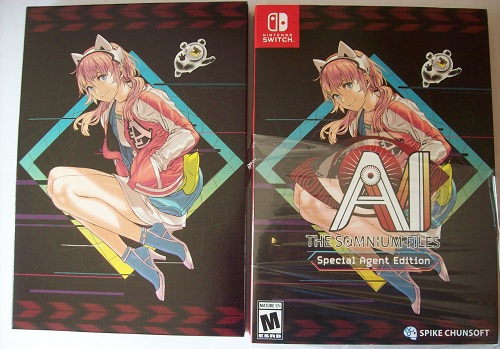 The Special Agent Edition (SPE) of AI: The Somnium Files comes with a box inside a slipcase. The slipcase changes based on your edition. My edition is the Switch one, so the top has the Switch symbol on it.

Fun Fact: I keep calling it “Sominium” instead of “Somnium,” so all of the images are named wrong, and I’m just gonna live with that I guess ¯\_(ツ)_/¯ 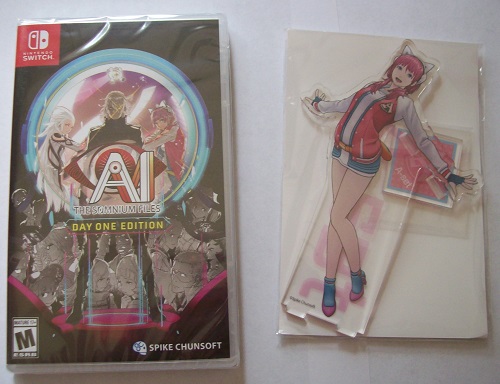 The SPE includes the Day One Edition of whatever version of the game you got. The SPE also includes a standee of Iris/A-set. 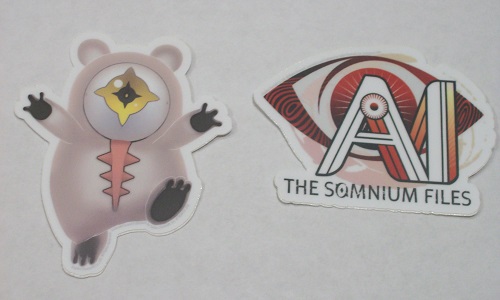 The Day One Edition includes these two bonus stickers inside the game case, one of the game logo and the other of Aiba. 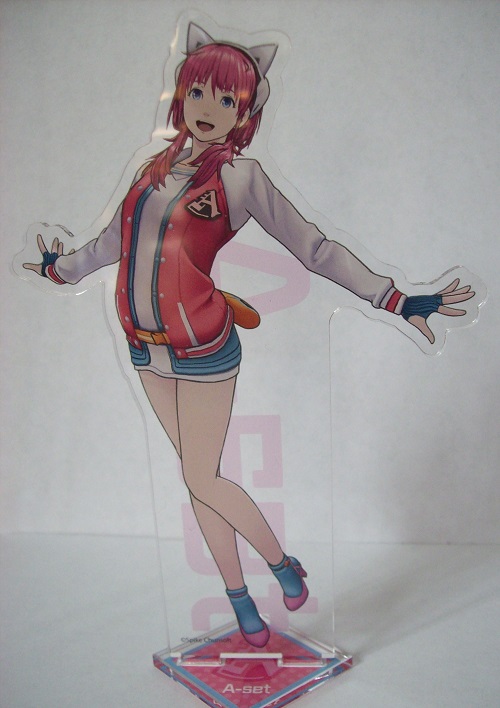 The standee has two slots in the bottom, so it is sturdier than most standees I get. It fits really snug in the holes, so I don’t think it will fall out any time soon. 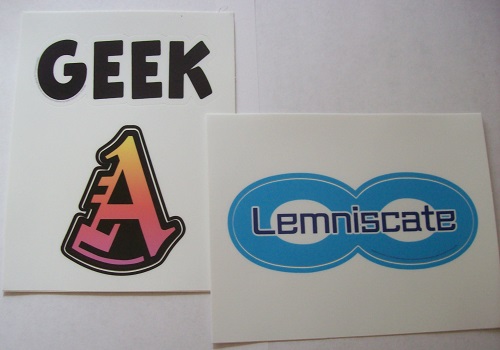 The SPE came with stickers as well. I guess stickers are easy to shove in special editions, but do people actually use them? I know I never use them since they’re limited and  you can’t get more. I feel bad using them on things. I guess some people use them, but there are so many other things that could have been included, like a small booklet, a poster, etc. that would have all taken up barely any space. 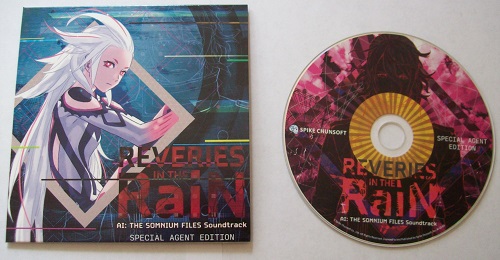 The soundtrack has 39 songs and includes the instrumental songs in the game, as well as A-set’s song, “Invincible Rainbow Arrow,” and its instrumental version. The version on the CD is the extended English version. 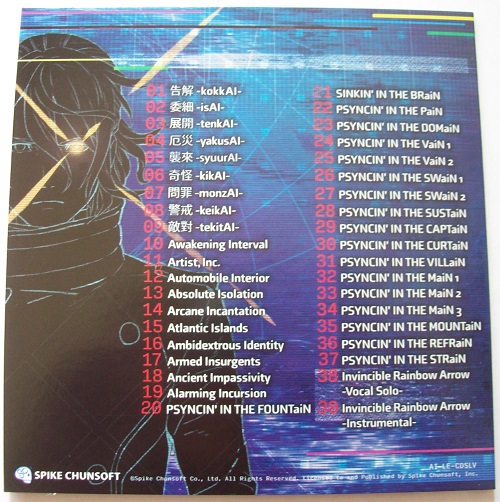 My box came slightly bent and pushed in, as my limited editions from Amazon are wont to be. Somehow, my box was bent when it was being made, so the top flap of the box was already pushed and crinkled. It made opening the box easier since I didn’t have to try to not bend it. 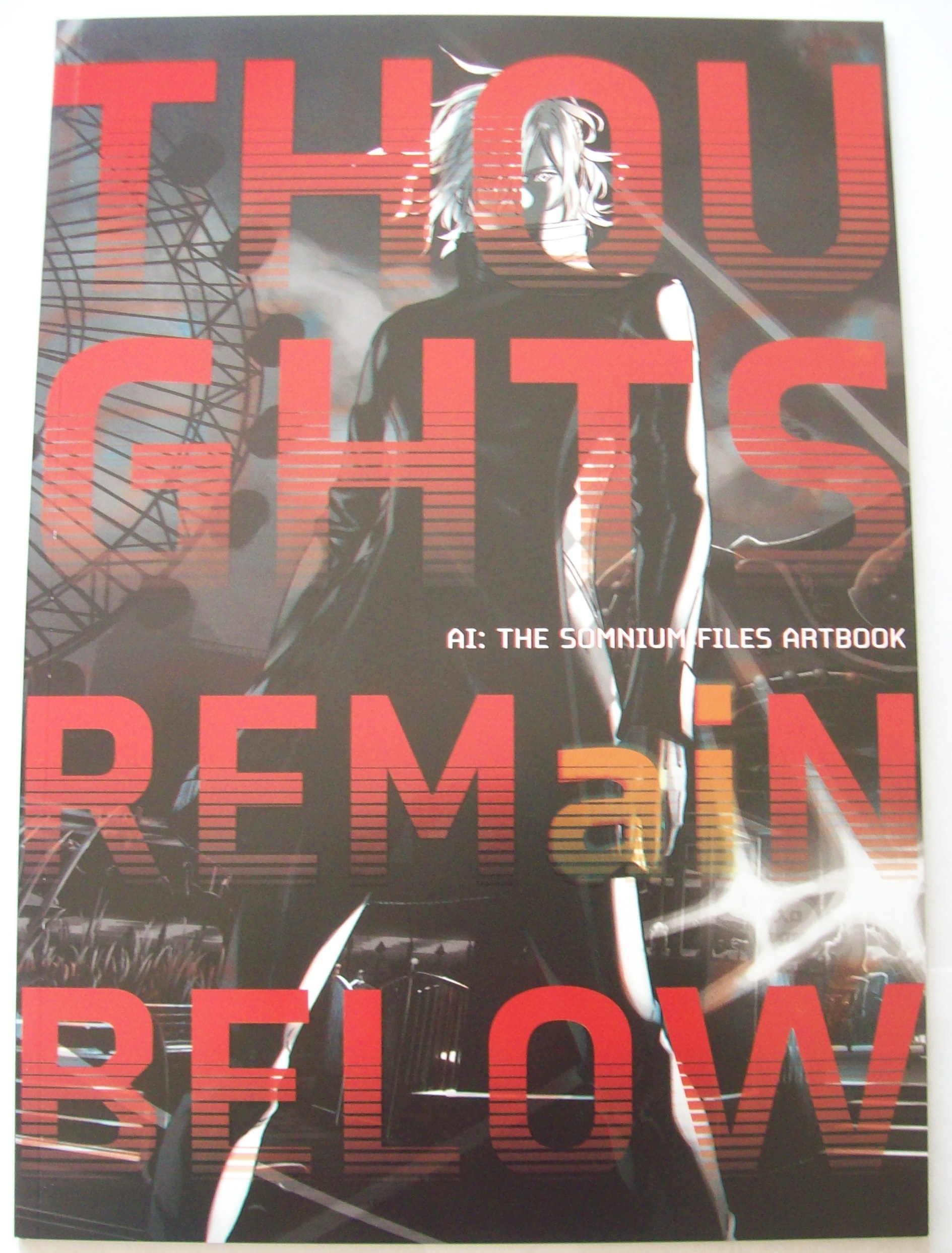 The art book has character profiles and scenery, as well as info about parts of the game.

I pre-ordered it, so the cost of the SPE was only $30 more than the regular version. I think the soundtrack and art book make up for the cost, and the rest is a bonus. Definitely get the SPE if you’re interested in the game.