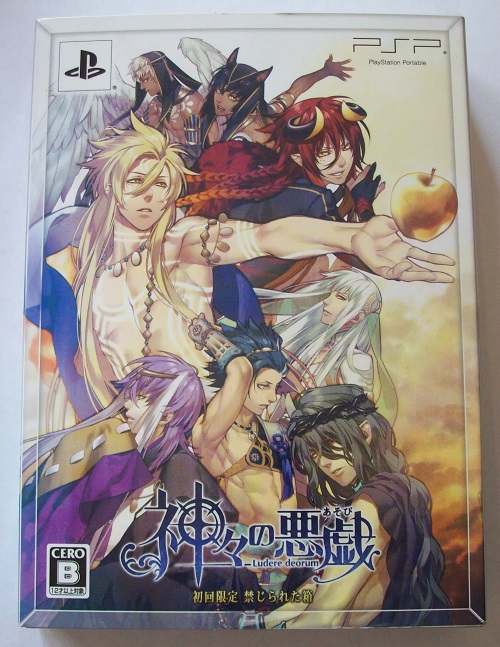 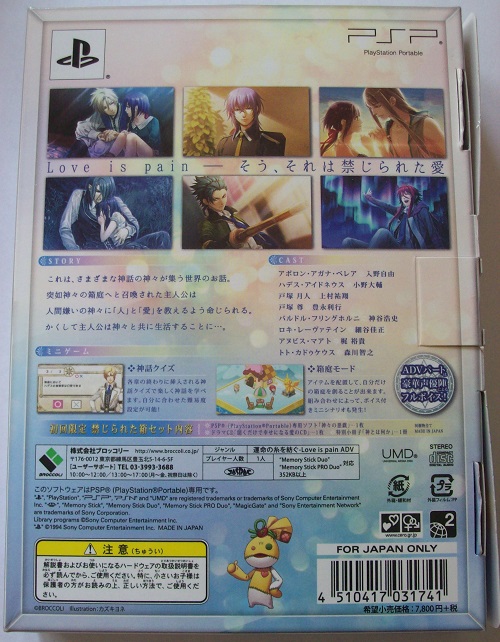 I’m waiting desperately for Kamigami no Asobi to get an English release, and I discovered that the limited edition of the JP game is actually really cheap now, so I bit the bullet and got one.

The way the box is made is really odd to me. It opens from the side rather than the top. This does make it A LOT easier to open it without bending anything. My copy is used, so the box came a bit messed up, so pardon any creases. 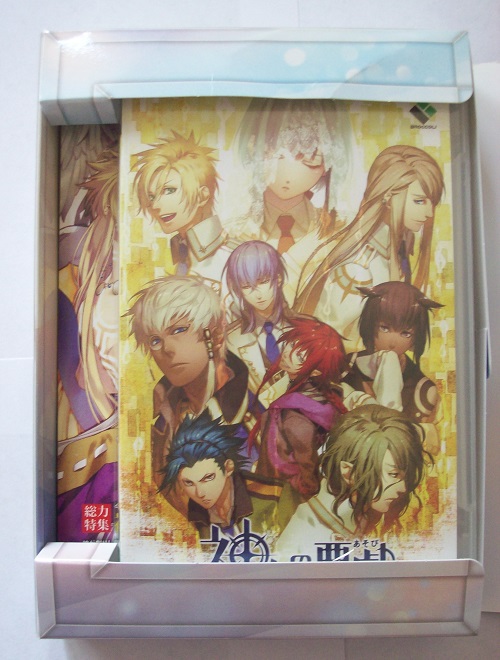 The inside has two flaps you lift up and pull the things out of. It was a bit weird, but it kept everything in place nicely and way way easier to open than boxes that open from the top, so I wouldn’t mind more boxes being like this. 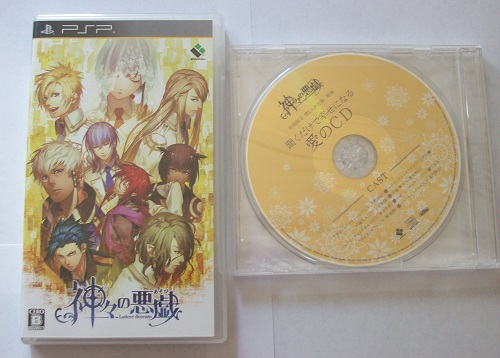 The drama CD included is called 聞くだけで幸せになる 愛のCD. I believe it has all 8 of the main guys in it. 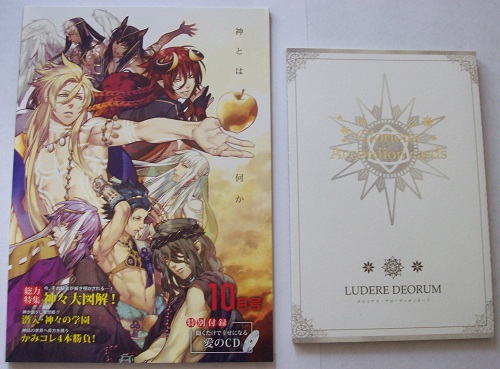 The limited edition also came with an artbook that has character profiles, sketches, 4komas, CG’s, backgrounds, etc. The cover reminds me of a magazine cover, which I thought was pretty cool. It also came with accordion cards, which I had no idea what that meant until I opened them up. 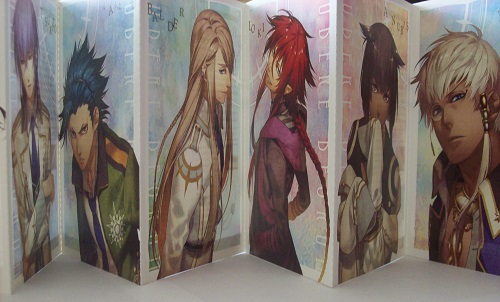 The cards flay out like an accordion, one side has colored art, and the other side is almost like a sketch with info about the characters. You can rips the cards apart if you want. 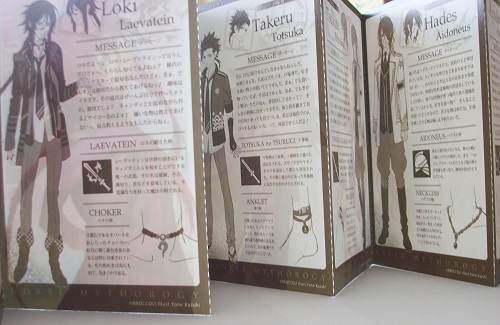 There is a card for every boy, and they look really cool. I don’t know exactly what to do with them since I don’t want to separate them, but they’re nifty lol.

Absolutely. The LE is really cheap as of posting this (less than $20), so it’s totally worth the extra cost. There is no excuse to not get more Loki content. The front cover of the LE is also really pretty. There’s no reason at this point to not get the LE.